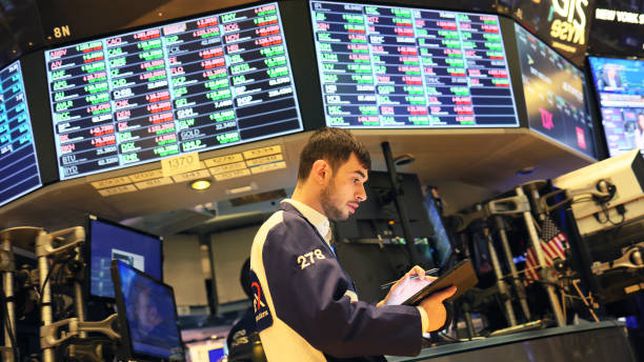 Which companies have fallen the most on the stock market this year?

Stock markets closed for the week on Friday after another trying day of trading for some of the biggest tech companies in the United States. the The Dow Jones Industrial Average lost nearly 1,000 points and the The S&P 500 lost more than 3%. Both indexes posted significant losses for April.

Big Tech stocks suffered the most, with the tech-heavy Nasdaq closing more than 4% on Friday, falling 10% in the month of April. This represents the worst month for Nasdaq stocks since 2008.

But tech stocks’ waning fortunes aren’t new, with sizable losses across the board since the sector peaked in November 2021. The move away from pandemic ‘virtual reality’ has reduced focus put on technological solutions and the markets seem to be adjusting accordingly.

BREAKING: Deeper losses for tech stocks pushed the S&P 500 down 3.6% on Wall Street. The Nasdaq fell 4% for the second time this week and ended April down 13.3%, its biggest monthly loss since the 2008 financial crisis. https://t.co/Qk3PPHS8ZC

On November 19, 2021, the Nasdaq stock market hit an all-time high, fueled in large part by the rapid growth of tech companies like Netflix and Facebook, now Meta Platforms, in recent years. Both companies had become increasingly integrated into the fabric of American society, and the disruption to normal life caused by the pandemic meant that virtual entertainment and communication platforms were becoming vitally important.

However, since that peak at the end of 2021, the value of Netflix and Facebook has massively regressed. Shares of the streaming platform fell almost 68% during this period, while Meta Platforms fell 45%.

Netflix’s situation appears particularly difficult with shares down 35% in a single day on Wednesday after the company announced it was losing subscribers for the first time in over a decade. Potential investors might be tempted by the current low prices, but Netflix said it expects to lose another two million subscribers before the end of this quarter.

The biggest financial news of 2022 so far may well be the Tesla CEO Elon Musk’s proposed takeover of Twitter. After first revealing himself as a major shareholder in April, Musk launched a bid to buy the social media giant.

As part of the offer, Musk promised to provide $21 billion in cash to fund the deal, along with large loans. If he were to get the offer accepted, he would likely have to sell some of his shares in Tesla to generate the cash needed for the purchase.

A sell-off from the company’s CEO would undoubtedly degrade Tesla’s stock value, and has already done so. News of Musk’s offer on Twitter was followed by a Rapid drop in Tesla stock price, down more than 12%.

Edward Moya, senior market analyst at OANDA, added: “Tesla investors fear Musk is spending too much time trying to fix the social media giant’s problems, and it will take away his laser focus to win the race for power.” electric vehicles. ”

Spotify Stock Sale: The Truth Behind the Headlines