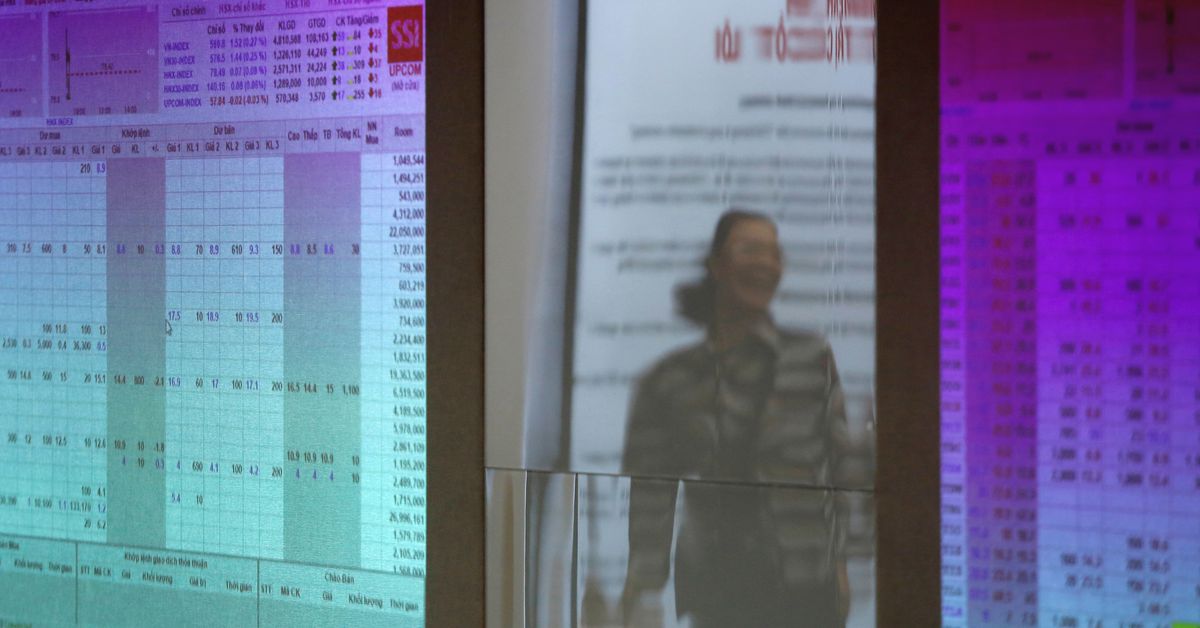 An investor is seen on the stock screens of a securities firm in Hanoi, Vietnam April 20, 2016. REUTERS/Kham

HANOI, May 21 (Reuters) – Vietnam has sacked the chief executive of its main Ho Chi Minh Stock Exchange (HoSE), the government said on Saturday, as the country steps up a long-running crackdown on officials it accuses of corruption.

Hai Tra, 47, was fired for “committing serious violations and misdeeds”, the government said in a statement, without further details. He was also expelled from the Communist Party of Vietnam.

Tra, who holds a dual master’s degree in finance and administration from Harvard’s Kennedy School of Government, did not immediately respond to requests for comment.

Vietnamese authorities in March called for an intensification of the fight against corruption in the Southeast Asian country, with a focus on financial markets.

A series of high-profile corporate arrests on market manipulation charges sparked a $40 billion wipeout for Vietnamese stocks and shook investor confidence in the fast-growing economy.

Tra will be replaced by Tran Anh Dao, the deputy head of the HoSE, the government said.

Vietnam on Friday sacked the chairman of its state securities commission, Tran Van Dung, on the same charges as Tra.