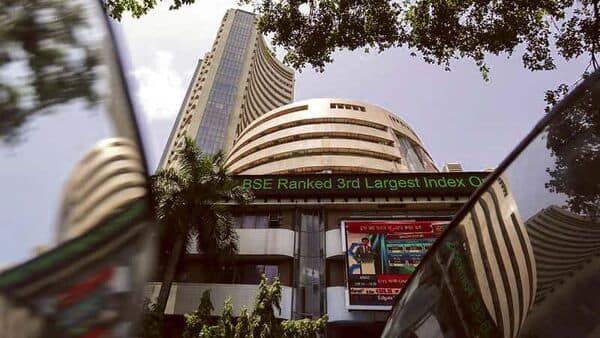 Here we list the key things you need to know before the trading bell opens today:

European stock markets traded mixed on Tuesday following the release of key data on economic activity, but the overall tone remains cautious given fears of runaway inflation, soaring gasoline prices and a slowdown of growth. S&P’s composite purchasing managers’ indexes for Germany and France fell to 47.6 and 49.8, respectively, both below the 50 level that typically separates growth from contraction. This was a 26-month low for Germany and an 18-month low for France.

SGX Nifty is trading flat in early morning offers on Wednesday. The index is down almost 20 points at 17,585 levels.

Speaking on Nifty’s technical outlook for Wednesday, Rajesh Palviya, VP – Technical and Derivative Research at Axis Securities, said, “Nifty has rallied strongly from 17,345 levels, coinciding with the 20-day SMA ( 17385,) which remains a crucial support area in the near. The overall short to medium term trend remains bullish, and every short term correction remains a buying opportunity. He said that currently the Nifty 50 index is well placed above the 20-, 50-, 100- and 200-day SMAs, confirming the bullish sentiments.From current levels, the immediate support zone is placed around 17,400-17,200 levels. , this buying momentum could reach the 17,800-18,000 levels in the coming sessions.

On the Nifty Bank Index, Rajesh Palviya of Axis Securities said: “On the daily chart, the index formed a bullish candle and closed above its previous session high, representing a positive bias. The index is moving in a higher high and higher low formation on the daily chart indicating a short term uptrend The chart pattern suggests that if Bank Nifty breaks through and holds above the 38,900 level, it would witness buying, driving the index towards the 39,200 to 39,400 levels. However, if the index breaks below the 38,500 level, it would witness selling, which would bring the index towards 38 200 to 38,000.”

Rajesh Palviya added that Bank Nifty is trading above 20, 50, 100 and 200-day SMA, indicating a positive bias in the short to medium term. Bank Nifty continues to remain in a short-term uptrend, so buying on the downside remains our preferred strategy.

Foreign Institutional Investors (IFIs) bought ₹563 crore of shares, as domestic institutional investors (DIIs) sold off ₹215.2 crores in shares on August 23, according to preliminary data available on the NSE.

The National Stock Exchange (NSE) has not added any stocks to its F&O blacklist for the August 24, 2022 trade date. Blacklisted securities in the F&O segment include companies in which the stock has exceeded 95 % of market-wide position limit. .

Catch all the trade news, market news, breaking events and the latest updates on Live Mint. Download the Mint News app to get daily market updates.

Inflation will resolve itself as Fed pivot looms