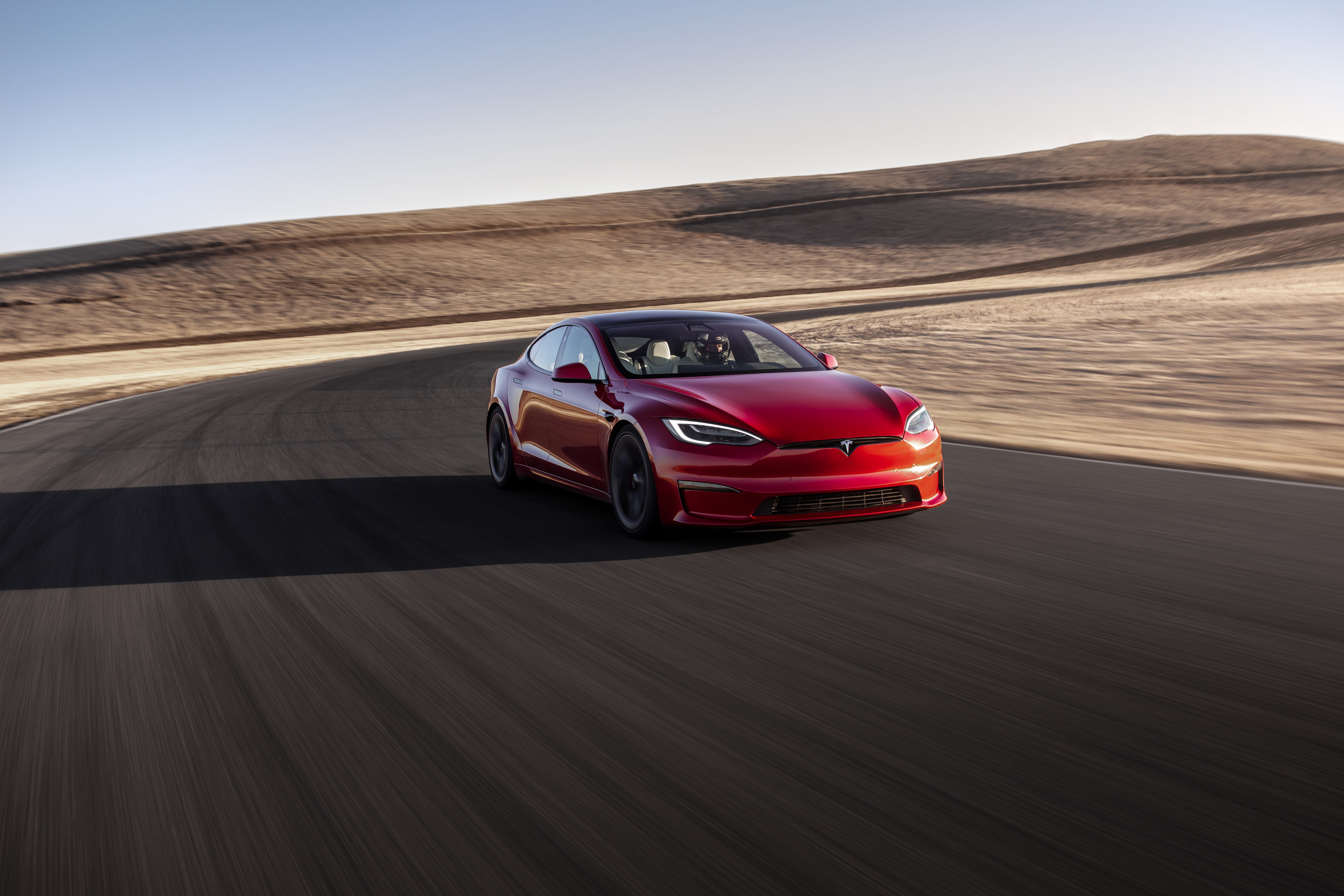 You’re here (TSLA -4.59%) is the definition of a battlefield stock. Bulls see the company continuing to lead the electric vehicle (EV) revolution and diversifying into new categories of valuable products and services, while bears tend to believe that the hype surrounding the company has led to an inflated valuation.

With the company’s stock price currently trading at around 25% of its peak valuation, should investors pounce on this industry leader? Read on to see why two Motley Fool contributors are on opposite sides of the bull versus bear debate.

Howard Smith: Much of the hype for investing in Tesla is that it’s the standout leader in an industry that’s poised for explosive growth. This thinking has helped some investors justify the stock’s extremely high valuation by traditional measures. The company’s price-to-earnings (P/E) ratio stands at over 100, even based on analysts’ higher estimates for 2022 earnings.

But CEO Elon Musk sees the company making up to 20 million vehicles a year, up from something close to 1.5 million expected to be produced this year. That will take some time, however, and the fact that the stock is priced for expected results so far in the future may explain why Tesla shares are down almost 15% year-to-date.

The company’s growth won’t just come from expanding electric car ownership. Musk said the Tesla Semi truck is expected to begin deliveries this year and the Cybertruck next year. There are already estimates of hundreds of thousands of Cybertruck reservations. Not all will be filled, but Musk said Tesla has enough Cybertruck reservations to cover at least the first three years of production. If the Tesla Semi also gains popularity, these two new products will join the rapidly growing volume of car models it currently manufactures.

Investors should also not forget about Tesla’s energy business. The company has increased production of battery storage systems and solar systems that it sells separately to customers, as it also produces batteries for its electric vehicles. In its second-quarter report, the company said it was continuing to ramp up Megapack storage production as customer interest “remains strong and well above our production rate.” Tesla is also considering getting into lithium refining to secure its supply chain and control costs.

Although Tesla stock doesn’t appear to have too much near-term potential, investors will likely be looking at future potential, which could also limit its downside. As long as new products succeed and the company continues to perform, Tesla should be a good stock to have in a more aggressive part of a portfolio.

Tesla is a big company, but valuation is a sticking point

Keith Noonan: Even after the recent valuation pullbacks, Tesla still has a market capitalization of around $967 billion. That’s significantly more than the combined market capitalizations of its 15 largest public competitors in the automotive market. At the same time, many of these larger competitors currently generate more revenue and net income than Tesla.

Elon Musk’s company is still growing rapidly and, alongside the company’s superior margins, its impressive rates of sales and earnings expansion certainly warrant some level of valuation premium. But what valuation premium will the company’s long-term performance justify? The automotive market is fiercely competitive and the electric vehicle space is increasingly crowded with new models from manufacturers large and small. Tesla is still the undisputed leader in the field, and its focus on premium vehicles could help it maintain stronger margins, but competing offerings could start to hurt pricing power or limit the growth potential of the company in the market.

As my colleague Howard rightly points out, Tesla is more than an automobile company. Its initiatives in battery and power technologies could have huge payoffs that would help push its valuation significantly above current levels. The company may also be able to generate substantial revenue by licensing its self-driving technology or other software. On the other hand, Tesla will also face intense competition in these categories, and I think they seem to be somewhat speculative points on which to hang such a massive valuation.

Investors should weigh their assessment of Tesla’s long-term growth potential against its current valuation when deciding whether or not to buy the stock. With its large market capitalization, there is already plenty of strong forward performance built into the company’s valuation, and the stock could face outsized turbulence if volatility continues to shape the market as a whole. On the other hand, Tesla is the undisputed leader in the electric vehicle market and offers growth opportunities in other categories that could help generate strong returns for the stock over the long term.