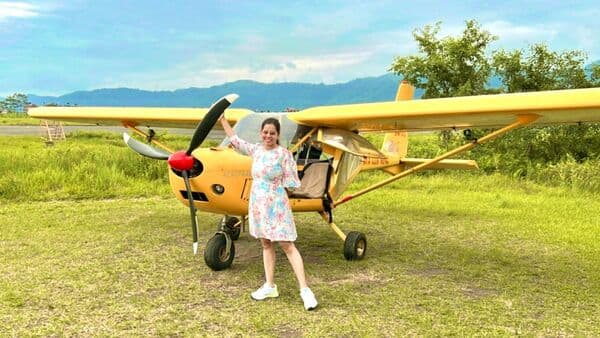 Stock Trading and Traveling the World: How a Kolkata Girl Lives Her Dream

A well-paying banking job is the dream of many who aspire to succeed in India’s financial capital, Mumbai. So when Rajarshita Sur from Kolkata landed a job in the treasury department of a private bank in Mumbai, it’s no wonder she felt like a big win. But a few years later, she could no longer resist her dreams. The dream of seeing the world, of traveling to unseen places got the better of her, and the letter of resignation disappeared as Rajarshita packed her bags to take the path of stock trading – and travel.

“The work was good but I wanted more control over my working hours so I could travel and be where I want without having to worry about a source of income,” Rajarshita says as she wraps up her one-week stay. week in Nepal.

Involved in Forex (FX) trading during her tenure as a banker, she was well accustomed to the ropes of the stock markets. However, becoming a full-time stock trader was not easy.

“I took the risk because I was confident in my knowledge of the stock markets. I learned the technicality on the job and my college education also helped me in the course. Also, being a technical analyst in a bank , I had the opportunity to hone my skills,” says Rajarshita.

She’s also grateful to her parents “for not being too dramatic” about her decision to quit a regular job. After resigning from his position in the bank, Rajarshita joined a company for three years as a proprietary stock trader and simultaneously started trading independently in the stock market.

Today, after eight years as an independent trader, Rajarshita has become a shrewd investment “guru” while keeping her greed in check. “If someone has a taste for money, he wants to bet more. And in this area, people lose everything,” Rajarshita explains, comparing trading with a casino.

However, despite her successes, she admits that stock trading is not a hunky job as it requires a lot of mental toughness. She acknowledges that her biggest loss ever in the stock market occurred when she tried her hand at futures and options (F&O) trading. “It’s easier to make a profit during a bull market, but my biggest loss was when I got into F&O trading in 2016. In one trade I was wiped out. I lost about ₹2,000,000. It humbled me,” she said.

Calling futures and options a deadly combination, Rajarshita says she lost 70-80% of profits in just a trade or two. “If someone wants to start trading futures, they need to work on their skills and presence of mind because a 1-2% move can wipe out ₹50,000 in seconds,” she adds.

According to Rajarshita, Exchange Traded Funds, commonly known as ETFs, are the safest bets if one wants to be a part of the stock market without having extensive knowledge of it.

If the market drops 500 to 700 points, Rajarshita says she reallocates a good chunk of the money to ETFs. She says her 10-20% of trading profits are spent on travel and the remaining amount is invested in ETFs, Gold BeES, Sovereign Gold Bonds (SGBs), blue chip companies and mid-cap stocks, Portfolio Management Service (PMS) or small cases. In addition, she also reinvests part of her earnings in trading. “Trading is like an IPL match while investing is like a cricket test match. You can only accumulate wealth while waiting,” says Rajarshita while mentioning that she prefers blue chip companies for long-term investment, which make up 60% of its portfolio. .

Rajarshita said she sets her monthly gain target at 3%-4%, and as soon as she hits her target, she shuts down her trading terminal and flies off on a “well-deserved” vacation. “I live my life like there’s no tomorrow,” says the prolific solo traveler. His passport crossed the UK, Turkey, South East Asia and almost 70% of Europe.

After a week’s vacation in Nepal, Rajarshita now intends to reach the coasts of Kenya and Iceland. “I am passionate about travel and happy to have chosen such a profession which helped me to realize my dream”, she says. Rajarshita keeps at least ₹10 lakh aside for his vacation every year. “There are two reasons why I travel. One is to rejuvenate myself after the market downturn and the other to celebrate that I have succeeded,” she jokes.

Her Instagram bio, “Forever on vacation,” is surefire proof of her lifelong love affair with travel and exploration.