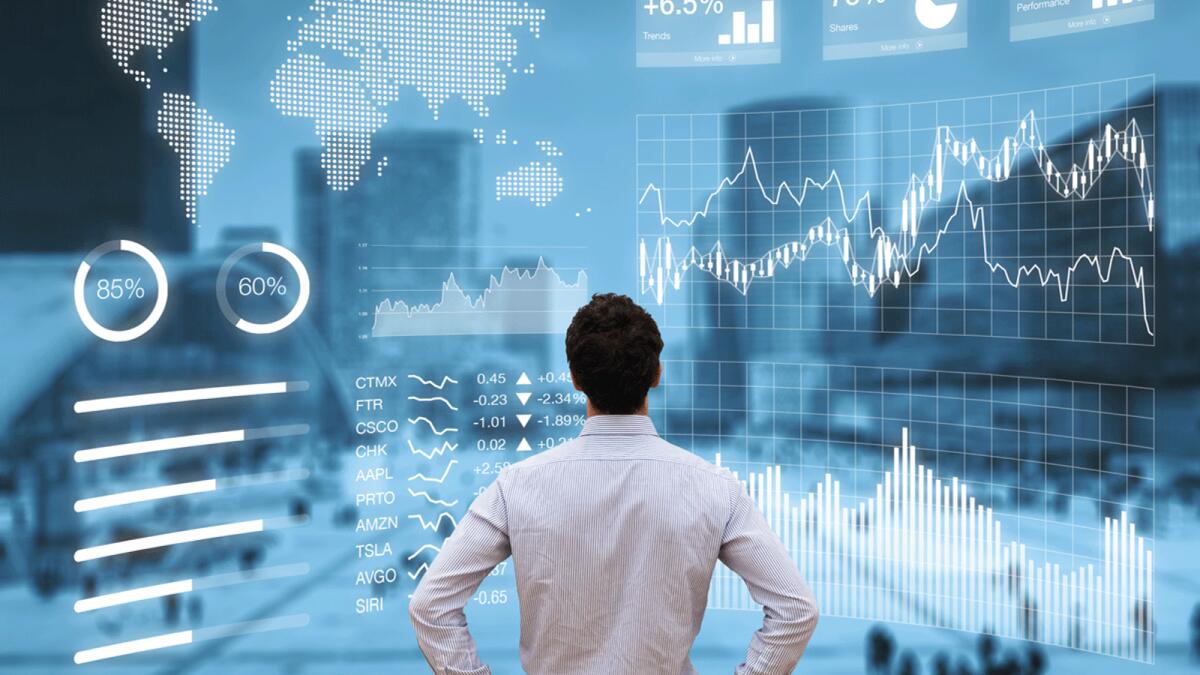 The Friday session was the first in the history of the markets after the entry into force of the new quotation dates from January 3, to become Monday to Friday for a period of five hours per day

Local stock exchanges concluded their trading on Friday, against the backdrop of a performance gap in key indicators, while attracting liquidity exceeding 1.4 billion dirhams.

The Friday session was the first in the history of the markets after the entry into force of the new quotation dates from January 3, to become Monday to Friday for a period of five hours per day, in line with the growth phase experienced by the markets, ensuring compatibility with local and international financial institutions and strengthening the active participation of global investors.

The new system of weekly work, which corresponds to the working days in the financial markets and world stock exchanges, strengthens the position of the United Arab Emirates as a world economic center, which contributes to further integration of the national economy with various economies and markets. Saturdays and Sundays are the official holidays of each week, in addition to strengthening the UAE’s position in the indicators of global competitiveness in the economic and trade sectors.

The most significant revelations of the week The first trading week of the year 2022 saw a number of revelations for listed companies, such as â€œAlpha Abu Dhabi Holdingâ€ announced on January 3, the first trading day of 2022, its acquisition of an additional 17 percent stake in Aldar Properties, bringing its stake to 29.8 percent and making it one of Aldar’s largest shareholders.

The National Petroleum Construction Company, wholly owned by the National Marine Dredging Company, announced through a publication on the Abu Dhabi Stock Exchange that it had won a contract worth 8.2 billion dirhams, equivalent to $ 2.23 billion, from Saudi Aramco, noting that the contract includes two packages. From the Zulf offshore field project, it is expected that work on the project will be implemented over a period of three years.

And with the second trading day this week, Alpha Abu Dhabi Holding Company (ADH) announced its acquisition of 25.24 percent of Al Qudra Holding Company, as part of its strategic plan, with a budget of 8. billion dirhams, to develop in various key sectors in the country.

On January 5, the National Petroleum Construction Company, wholly owned by the UAE National Marine Dredging Company, announced that it had won a contract with Saudi Aramco worth 8.2 billion dirhams.

According to a disclosure to “Bulldozers,” posted on the Abu Dhabi Securities Exchange website, the contract includes two lots from the Zulf offshore field project, and the work is expected to be completed over a three-year period.

On January 6, the board of directors of Al Qudra Holding Company announced the opening of the door to the holding of shares in the company for non-UAE nationals with a percentage not exceeding 30 percent of its issued capital.

This decision comes after the approval of the Ordinary General Assembly, held on December 12, 2021, which approved at its meeting the finalization of the acquisition of Al Tamouh Investments Company with a total value of 2,224 billion Dh, bringing the total capital to more than 5.508 billion dirhams, and thus the door to trading was opened on its shares listed on the Abu Dhabi Stock Exchange for expatriates and foreigners. After completing all procedures and obtaining the necessary approvals from the official authorities of the country. – Wam