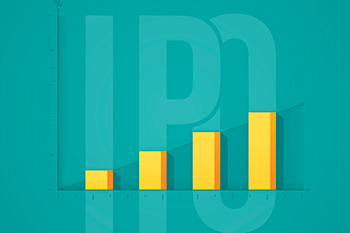 Pending IPOs in a dynamic stock market for fiscal year 22

India Ratings and Research (Ind-Ra) believes that the strong Initial Public Offering (IPO) issued in FY 22 in the vibrant Indian stock market bodes well for the country’s economic recovery. In addition, fundraising by entities will not have a significant impact on their level of debt, as the objective of fundraising is largely to unlock the value proposition rather than create new ones. investments. Global issues reached a significant level after FY18 in terms of issue size, with four months left in the year.

Trend of IPOs: From April to November 2021, the number of IPOs for FY22 stood at 71, amounting to INR 856 billion, compared to INR 272 billion raised by 56 companies in FY21. Huge global liquidity due to the peak of fiscal and monetary expansion, strong investor appetite, favorable financial market conditions and a strong recovery in trading conditions boosted the IPO market during FY22 . With the announcement of the Life Insurance Corporation of India’s INR 1 trillion IPO, the issue size could exceed INR 2 trillion by the end of the fiscal year, a record in terms of issue size.

Ind-Ra believes that in addition to a buoyant stock market, favorable policies have encouraged start-ups to issue IPOs this year. In March 2021, the Securities and Exchange Board of India reduced the time period during which start-up investors must hold 25% of pre-issue capital to one year, down from two years earlier. The amended regulations, which previously prohibited companies that went public from making discretionary allocations, allow them to allocate up to 60% of the size of the IPO issue to an eligible investor subject to a period. 30-day block on these shares.

Few of the automotive players also resorted to IPOs in FY22 after five consecutive years of absence, to finance working capital requirements and loan repayment.

Within the healthcare industry, major issues were undertaken in order to resume investing activities and reduce borrowing.

The FMCG industry has also seen a steady increase in IPO issuance over the past five years and the recent increase can be attributed to international brands such as Sapphire Foods Limited and Devyani International Limited who have l ‘intention to create a network of retail stores in India.

Further analysis suggests that the targets behind IPO issues (top three) according to the issuance outlook of the top 25 companies (excluding financial services and banks) by issue size over the past three years were spend for business purposes (26% of issuers), financing of investments (19%), repayment of existing loans (19%), realization of an offer to sell (11%). The intangible benefits of listing, such as brand enhancement and recognitions, were also among the main drivers.

Limited impact on leverage: Ind-Ra believes that the money raised through the IPO has a limited impact on leverage, as most entities have issued shares to unlock value. The agency analyzed the top 25 companies that launched IPOs during fiscal year FY18-FY20; the total amount of corporate debt (long term and short term) did not necessarily decline after IPO issues.

The large number of issues in terms of issue size over the past three years, which amount to INR 1.29 trillion, is not a harbinger of deleveraging as well as corporate spending. investment. Its use is a controllable key.

Effect on commercial paper emissions: The IPO market has also benefited from the easy and inexpensive access of companies to short-term financing through the commercial paper market. Ind-Ra believes the size of the IPO market will vary depending on oversubscription and the size of issues that could reach INR 1 trillion. The IPOs issues of the largest companies such as Zomato Limited, Clean Science limited, Tatva Chintan Limited and Devyani International Limited in July and August 2021 were repeatedly underwritten, while there was also a significant increase CP issues by non-banks. The agency estimates that the Reserve Bank of India’s cap on the individual borrower limit for non-bank financial corporations at INR 10 million for IPO funding from FY 23 would affect IPO oversubscription and reduce issuance. commercial paper while mitigating risks to the broader financial system. .

The agency expects this may restrict the use of IPO funding as a tool by large individuals and high net worth institutions for participating in the stock market and securing listing gains. Additionally, the agency expects companies to consider pushing ahead with their IPO plans, which would lead to an increase in the IPO pipeline, before the regulation goes into effect on the 1st. April 2022.

From cotton mills to the stock market, how this businessman woven a success story that only began after his retirement