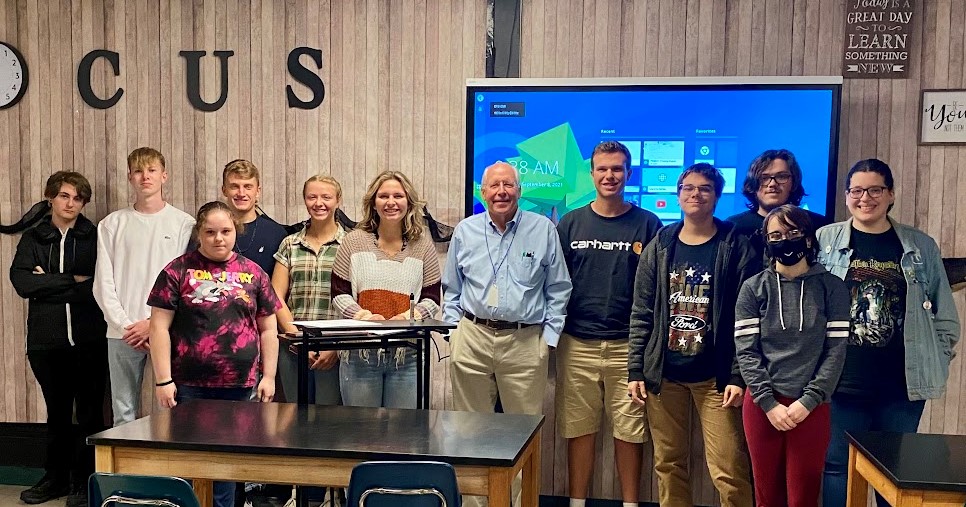 Onekama students find out about the scholarship

ONEKAMA – For several weeks, Albert Miller met the students of Kelly Kelley’s class at Onekama Consolidated Schools to introduce them to some concepts from the world of finance.

The students â€œinvestedâ€ $ 3,000 in two or three stocks of their choice. Each week Miller reviewed what had happened in the market with student stocks.

â€œThe students got to see what was going on in the world and how world events affected their choices,â€ Kelley said in a press release. â€œAt the end of the first four weeks, Mr. Miller presented awards to the best investors.

Miller, who holds a bachelor’s degree in corporate finance from Colorado State University and a master’s degree from Loyola University Chicago, is currently CEO of Phoenix Closures, a packaging and closures supplier based in Naperville, in. Illinois.

â€œMr. Miller had a lot of information to share with us,â€ she said. “Honestly, I think I learned more about stocks in the short time he taught our class than in previous classes that discussed stocks.”

After four weeks, the students put their new knowledge to the test by selecting new actions based on what they had learned.

â€œIt was amazing to see the knowledge they had gained in just the first four weeks,â€ Kelley said. “In the second half of his time with us, just about all of the students had positive growth in their stock selection after just four weeks.”

Kelley’s students relished the lesson and could be found checking their inventory performance before class began.

â€œThey were completely invested in the lessons he taught – not just when he was here, but every day he wasn’t as good. That’s what made him such a powerful lesson,â€ Kelley said. . â€œIt was much more impactful than any textbook. For Mr. Miller, a successful and prominent community businessman who gave his time for free, his sole purpose was to help these children make a living. not in the right direction as they prepare for the next chapter in their lives. “

In the press release, student Dominick Moody said Miller’s meeting with the class was a great experience.

â€œI’ve always loved the days he arrived.â€¦ Mr. Miller was a talker and could pull you straight in and get you thinking about stocks and saving for the future,â€ Moody said. “He was always very nice bringing us snacks like apples.â€¦ I am very grateful for him, our class and the time he spent with us.”