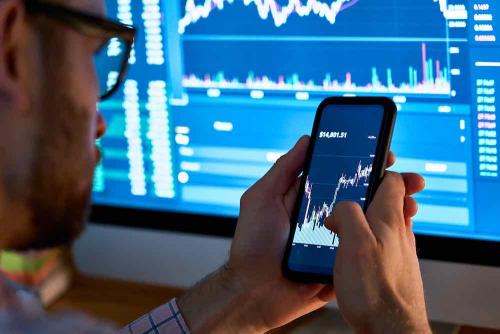 Online brokers can breathe easy again in the Commonwealth of Massachusetts, as a Massachusetts court last week ruled that a recent rule imposing a standard of fiduciary duty on brokerage firms was illegal. On March 30, 2022, Suffolk Superior Court Judge Michael Ricciuti declared invalid the new fiduciary duty rule, championed by Massachusetts Commonwealth Secretary William Galvin, finding that the secretary lacked the power to adopt the rule.

The Fiduciary Duty Rule, passed in the Commonwealth in March 2020, would require brokers to meet the fiduciary standard to which investment advisers are held. In the rule, Secretary Galvin defined “unethical or dishonest conduct” to include a broker who makes investment recommendations without “acting”.[ing] pursuant to a fiduciary duty to a client.

In December 2020, Secretary Galvin accused Robinhood of gamifying investing to attract young, inexperienced investors and failing to protect their interests in violation of the fiduciary duty rule. In response, Robinhood Financial LLC (“Robinhood”) sued Secretary Galvin and the Massachusetts Securities Division in Superior Court (Civil Action No. 2184CV00884). Robinhood challenged the validity of the fiduciary duty rule, filing both a face challenge and an as applied challenge. Last week Robinhood’s challenge was successfully completed.

Administrative action and the rule of fiduciary duty

MUSA prohibits brokers from engaging in “unethical or dishonest conduct or practices.” The Fiduciary Duty Rule defines “unethical or dishonest conduct or practice” for the purposes of the MUSA to include a broker “not acting in accordance with a fiduciary duty to a client when providing financial advice.” investment or recommends an investment strategy, the opening or transfer of assets to any type of account, or the purchase, sale or exchange of any security”. When the rule was passed, Secretary Galvin also amended and added additional regulations to implement the rule. Among other things, these regulations make it a “dishonest or unethical practice” to recommend an investment strategy, open accounts, transfer assets or buy, sell or trade securities. without meeting certain adequacy requirements. See 950 CMR § 12.207(1)(a)(4).

In 2019, the United States Securities and Exchange Commission (“SEC”) implemented “Reg BI,” a regulation creating a “best interest” standard of conduct for brokers. In doing so, Reg BI explicitly rejected the application of a fiduciary duty standard to broker-dealers, noting that “it is not appropriately tailored to the structure and characteristics of the broker-dealer business model. . . . and would not take into account or build on existing obligations that apply to brokers. The SEC further believed that imposing a fiduciary duty standard would adversely affect retail investors’ access, choices, and costs to invest and receive referrals.

During the SEC’s comment period for Reg BI, Secretary Galvin was a strong supporter of adopting a broker-dealer fiduciary standard. The secretary signed into law the Commonwealth fiduciary duty rule less than two weeks after the SEC decided against it. During its own comment period, the fiduciary duty rule faced criticism, including from Massachusetts Governor Charlie Baker. Governor Baker observed that the rule “does not seem to sufficiently take into account the differences in the industry[ets’écartedesréglementationsfédéralesetdesréglementationsadoptéesdansd’autresÉtats[,]expressing concern that the rule could create confusion.

In the administrative complaint, in addition to the breach of the fiduciary duty rule, Secretary Galvin sued Robinhood for failure to supervise and for engaging in unethical and dishonest conduct. In particular, the Secretary argued that Robinhood’s violations included encouraging trading by providing customers with lists of popular titles, which the Secretary claimed amounted to providing recommendations, and failing to fail to select clients correctly, thus allowing inexperienced investors to take disproportionate risks.

Robinhood is an online broker with no fees and no minimum account. Users can interact with Robinhood through its website or mobile app. The firm targets investors with fewer investable assets than the typical customer base of traditional commission-based brokerages. Importantly, Robinhood is a registered broker, not an investment advisor.

Following the secretary’s administrative complaint, Robinhood filed its own complaint. Robinhood argued that the fiduciary duty rule erroneously trumps Massachusetts common law, that Secretary Galvin had no authority to enact the rule, and that the rule is preempted by Reg BI. The broker-dealer initially sought a preliminary injunction to block the application of the fiduciary duty rule, but was unsuccessful. The case continued, however, for legal issues to be decided even as the administrative action remained pending.

Last week, Judge Ricciuti granted Robinhood’s motion for judgment on the pleadings, finding that the fiduciary duty rule is contrary to common law. In particular, the court compared the rule with the Massachusetts Supreme Judicial Court (“SJC”) decision in Patsos v. First Albany Corp., 433 Mass. 323 (2001). In Patsos, the SJC argued that brokers are not fiduciaries simply because they execute transactions for clients. In this case, cited extensively in Justice Ricciuti’s Robinhood decision, the SJC examined the degree of discretion granted to a broker on behalf of his client. The Court held that non-discretionary accounts do not create a fiduciary relationship, a result consistent with the norm in other states. The Patsos court recognized only limited exceptions to this rule – in particular, fiduciary duties can only be imposed on stockbrokers who can (and do) make most of their clients’ investment decisions. .

Although Secretary Galvin argued that the fiduciary duty rule is not inconsistent with Patsos, the Robinhood court disagreed because the rule imposes the duty on a general basis, at the opposite of the result in Patsos. The court then found that an executive agency could not override the common law set forth by the SJC and therefore concluded that Secretary Galvin had no authority to enact the fiduciary duty rule. The court therefore ruled that the rule and the provisions that implement it are all illegal.

The judge, however, suspended his order for 30 days to give Secretary Galvin time to appeal, “in light of the significant public policy concerns at issue in this case.”[.]Additionally, Secretary Galvin can still pursue his other claims against Robinhood related to alleged unethical conduct – he can now only do so under applicable brokerage laws and regulations. And Robinhood does not is no stranger to regulatory scrutiny for its unconventional practices.Less than a year ago, the brokerage was the target of a record $70 million FINRA settlement related to supervisory failures and breakdowns – the same types of conduct underlying Secretary Galvin’s claims, so it seems likely that while the fiduciary duty rule claim has not survived, Robinhood is not free with the Massachusetts regulator.

A victory for FinTech

Brokers like Robinhood are held to a lower regulatory standard than investment advisers, as long as they actually operate as brokerages. Specifically, a key question is whether Robinhood and companies like it, registered as brokers, actually offer investors investment advice or simply make recommendations. In the absence of the Commonwealth fiduciary duty rule, advice is subject to greater regulatory scrutiny than recommendations, and the provision of advice falls outside the traditional role of a broker.

With the rise of the FinTech industry, brokerage is becoming more and more automated, creating more of a gray area between advice and recommendations, and between advisor and seller. How and if these online brokerage platforms can and should be further regulated remains to be seen. At least for now, however, it appears that no standard of fiduciary duty will be applied to them.