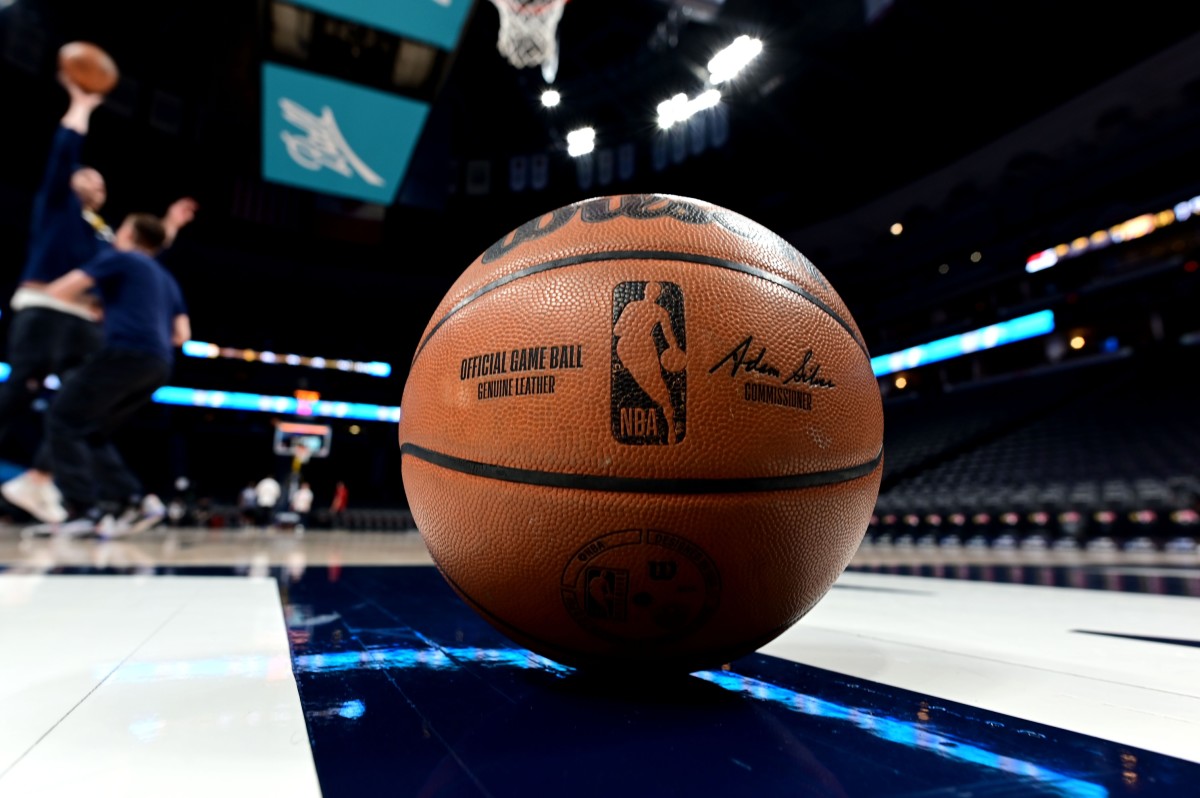 The start of the 2022-23 NBA season is less than seven weeks away, and the offseason has been a busy time for all 30 franchises.

From All-Star asking for a trade to All-Stars being traded to new teams putting their names in the mix to be championship contenders, this upcoming season has a chance to be very special and very competitive.

Every team in the league did something in the offseason and whether it was a good move or a bad move, we saw each team’s “stock” fluctuate. Not to mention that some players are in new places, so how have their decisions affected their personal “stock” heading into the league’s new year?

Here’s who’s moving up and down in the NBA as we approach the start of the 2022-23 season!

The Cleveland Cavaliers are coming off a season in which they went 44-38, making the Play-In tournament and barely missing the playoffs. They finished the season as the 7th best defensive team in the league and had two stars for the first time in Darius Garland and Jarrett Allen.

Not only are Garland and Allen back this upcoming season, but Evan Mobley is also back for his second season and the Cavaliers recently added three-time All-Star guard Donovan Mitchell in a trade from the Utah Jazz.

This team now has four young All-Star talents aged 25 or under and players like Caris LeVert, Ricky Rubio, Isaac Okoro, Kevin Love, Dean Wade, Robin Lopez and Raul Neto round out the rest of their roster. now.

They never quite looked like a contending team without LeBron James being the face of the franchise, but the Cavaliers started a new chapter in their team’s history that immediately put them back in the playoff conversation. of the Eastern Conference.

It may take a year or so for this team to reach its full potential, but we’re currently looking at a team that could very well have four All-Stars next year, all of whom are under contract until at least 2024-25. . season.

Cleveland’s addition of Donovan Mitchell was perhaps the biggest “rising stock” move made by any team this offseason and now it’s not hard to say the Cavaliers have a chance at be a Top-4 team in their conference.

The sky is the limit for the Cavaliers right now and as a result, their stock is as high as anyone in the league.

LeBron James, Anthony Davis and Russell Westbrook are all great players who will all be in the Hall of Fame one day. However, these three didn’t play well together last season and the organization decided to roll back for the 2022-23 season.

The Lakers have gotten younger with the additions of Lonnie Walker IV, Troy Brown Jr., Juan Toscano-Anderson and Thomas Bryant, but have the Lakers really improved?

The same issues they had a season ago still loom large and it remains to be seen how Los Angeles will look to use Russell Westbrook in the same rotations as LeBron James and Anthony Davis, especially since all three players are so dominant. !

To spice things up even more, the Lakers went out and acquired Patrick Beverley this offseason, not only adding more questions to who will start in the backcourt for this team, but Beverley and Westbrook had a not-so-good history. with each other. for years.

Until this team proves they can stay healthy and until they can actually find success on the floor, their stock keeps dropping, especially since they haven’t of ceiling space and virtually no real future assets for the future.

Chet Holmgren’s injury and season-ending surgery is something no one wanted to see because he has the potential to be one of the NBA’s brightest young stars. However, if anyone is benefiting from Holmgren’s injury, it’s Keegan Murray.

Everyone always likes to talk about end-of-season rewards, before the season even begins!

Paolo Banchero is obviously the favorite to win the 2022-23 NBA Rookie of the Year award since he’s the No. 1 pick overall and has the highest expectations, but right behind him right now in terms of being the favorite for that award is expected to be Sacramento Kings forward and No. 4 overall pick Keegan Murray.

The Kings made all the right decisions this offseason trying to end their 16-year playoff drought, but all of that means nothing unless they get out there and perform in the coming season.

De’Aaron Fox and Domantas Sabonis are again this team’s top options, with Malik Monk and Kevin Huerter being key perimeter shooters, but Sacramento’s success this coming year hinges on Keegan Murray and whether or not he can. to live up to the expectations of being a top 5 pick and one of the faces of this franchise going forward.

Murray has looked like that kind of player so far and he was definitely one of the best players in the Las Vegas Summer League last July. Over a total of four games in Las Vegas, Murray averaged 23.3 points, 7.0 rebounds, 1.3 steals, and shot 50.0 percent from the floor, 40.0 percent from three-point range. If you also count the three games he played in the California Classic Summer League, Keegan Murray averaged 21.7 points, 7.4 rebounds and shot 50.5 percent from the floor. 41.2% from three-point range this summer.

Murray absolutely has a chance to solidify himself as one of the top options on the Kings’ roster early in his career and if he does, he’ll be the favorite for the Rookie of the Year award. Buy Keegan Murray shares now before it’s too late!

If you know a New York Knicks fan, call or text them and make sure they’re okay today, because many Knicks fans aren’t taking this Donovan Mitchell news well.

New York had multiple opportunities to trade for Mitchell and they decided not to because of an additional draft pick or draft pick protection included in negotiations with the Utah Jazz. Overall, the Knicks have failed to trade Donovan Mitchell this offseason, leading to many question marks about this franchise and their management heading into the 2022-23 season.

They may have made the playoffs in 2021, but that’s starting to look like a fluke for the Knicks, especially since they finished 37-45 last season and look nothing like a real threat. in the playoffs.

Obi Toppin, Immanuel Quickley, Quentin Grimes and RJ Barrett are all promising young talents on this list and the Knicks recently added Jalen Brunson in free agency as well, but New York needs superstar talent and they don’t have any. just not at the moment. .

There are simply too many concerning factors regarding this organization right now to call them a viable threat, which is why after seeing their stock rise slightly over the past two seasons, the Knicks are now heading down to a fast pace, especially if they are worse than they were a season ago in the 2022-23 season.

Not trading for Donovan Mitchell could end up being a nightmare that will keep the Knicks and their fans awake at night for many years to come.

Look, I know we’ve been down this road before and talked about the Brooklyn Nets as championship contenders with Kevin Durant and Kyrie Irving, but the roster they’ve built this offseason is a Top-10, maybe- to be a Top-5. the league on paper.

TJ Warren joining the Nets has been one of the most underrated signings in free agency this offseason and not only does Brooklyn have three of the league’s best three-point shooters in Seth Curry, Joe Harris and Patty Mills, they have also an All-NBA and All-Defensive talent set to debut with Ben Simmons’ team.

We can’t get ahead of the Nets because they’ve dealt with a ton of drama over the past few months. Kevin Durant asked for a trade, then called general manager Sean Marks and head coach Steve Nash, asking that they be fired, and there are also question marks over Kyrie Irving’s availability and whether whether or not he’s really committed to this franchise.

Maybe I’m crazy, but I always buy shares in the Brooklyn Nets just because it’s hard to count a team when they have healthy Kevin Durant and Kyrie Irving playing together.

They are two of the best players in the entire league based on skill and now having the necessary depth they need, this team really has what it needs to win a championship this coming year.

However, a small crack in the mentality and morale of this team could once again have devastating effects and lead to its ultimate failure as we have seen time and time again. Buy stocks with caution when it comes to the Nets, but don’t be surprised if they end up winning the Eastern Conference.

The Tesla Stock Split Is Over: 5 Things to Know About Wall Street’s Most Anticipated Split

If I could only buy one dividend stock in September, it would be this one.