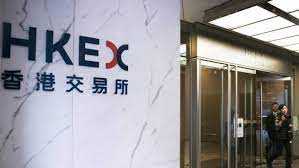 Hong Kong Exchanges & Clearing Ltd. appointed Wilfred Yiu and John Buckley, who joined Citadel in November, as co-chief operating officers after Calvin Tai resigned after 24 years on the Asian stock exchange. The appointment will take effect June 1, according to an exchange filing Friday. Tai will resign on May 31 and leave each of his positions. The Hong Kong stock exchange reported a 31% drop in first-quarter profits last week, the biggest drop in about six years, amid a dry spell in initial public offerings and a slump in trading stock market.

Since Aguzin’s arrival, HKEX has recruited at least nine senior executives, mostly from Wall Street investment banks, a third of whom had ties to his own former firm, JPMorgan & Chase & Co.

Managing Director Nicolas Aguzin, in office for nearly a year, pledged to strengthen HKEX on its existing ties with China and expand its international footprint.

Tai, who joined the exchange in 1998, is one of the oldest staff members. It saw HKEX go public in 2000 and transformed it from a membership exchange into a quasi-public organization with almost 6% of the shares held by the government.

Between several leadership shakeups over the decades, Tai was considered a safe pair of hands for regulators and shareholders due to his familiarity with operations and infrastructure. Tai was among the designers and led the execution of landmark projects such as the China Trade Link in 2014, and helped the exchange through some of the biggest scandals involving penny stocks and kickbacks. .

How to Protect Your Investments in a Volatile Stock Market, According to Financial Planners – NBC Chicago