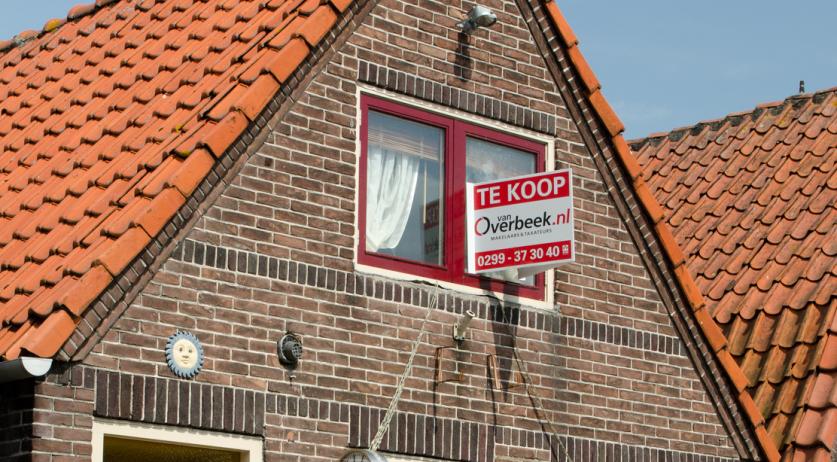 Recently, people buying a house in the Netherlands have become less inclined to bid above the seller’s asking price, says major online broker Makelaarsland. The situation has started to return to 2018 levels, which is another signal that the housing market in the Netherlands is cooling rapidly.

About one in three bids exceeded the asking price, at Makelaarsland last month. By comparison, in the first half of this year, more than three-quarters of all offers were still above what the seller was looking for.

“In terms of numbers, it’s been a long time since something like this happened,” said Makelaarsland manager Gijs van Wijgerden. “2018 was the last time we had to deal with these kinds of percentages. At the time, the percentage of bids above asking price was just under 30%.”

Previous figures showed that house prices have fallen in recent months. At the start of this year, the biggest price increases in decades were measured. The reason for this reversal is rising interest rates, which means buyers are no longer able to secure higher mortgages.

Banking economists are puzzled about the end of this trend. In September, Rabobank experts were still predicting that prices would rise in 2023. But the situation quickly changed. Late last month, the same bank predicted that homes would become more than 3% cheaper on average next year.

Laura van Geest, director of the Dutch Authority for the Financial Markets (AFM), recently called falling house prices a “cause of concern”. Yet, she said, the situation is clearly different from the price crash more than a decade ago during the financial crisis. A sharp drop in property prices is currently not expected as the supply of housing lags behind the strong demand.

Van Wijgerden from Makelaarsland tried to reassure people. “You may wonder if the current hysteria in the housing market is justified. 2022 hasn’t been a bad year if you look beyond 2021. This year has been extreme; this year the market is stabilizing again,” he said. “It looks like buyers and sellers are getting used to a new reality in the housing market and letting go of the craziness a bit.”

If you had invested $1,000 in Verizon (VZ) stock at the low point of the COVID-19 pandemic, here’s how much you’d have now – Verizon Communications (NYSE:VZ)