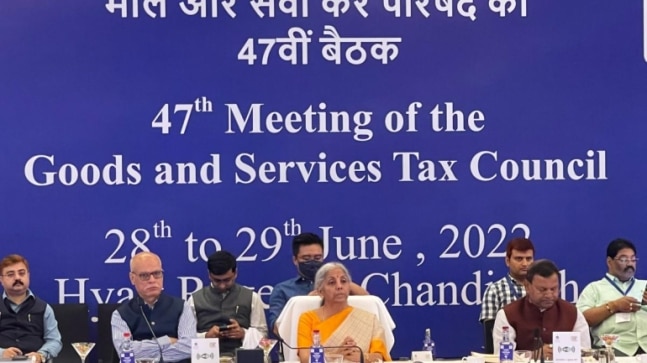 The GST Board on Wednesday postponed a proposal to levy a 28% tax on online gambling, casinos and horse racing. The council, during the second day of its meeting in Chandigarh, referred the proposal to a Group of Ministers (GoM) on Casinos, Horse Racing and Online Gambling to reconsider the issues after holding discussions with States and stakeholders.

The GoM has been requested to submit its report by July 15 and it will be taken up at the next GST council meeting in Madurai which will take place in the first week of August.

The council’s decision came after the Goa government, which had opposed the recommendations during the GoM proceedings, was invited to the council to make a presentation. Finance Minister Nirmala Sitharaman said: “The Goa government, while presenting its case, said that casinos need different treatment.”

However, the Center appears to be taking a hard line on the matter as all three activities involve betting. Although the matter is back for reconsideration, the finance minister had some harsh words to offer. She said: “Whether it’s horse racing, online gambling or casinos, the common thread, as GoM points out, is that they are all essentially gambling and should be taxed Consequently.” According to the rules in force, the three activities must be taxed without differentiation at 28 percent.

During its presentation, the Government of Goa pointed out that people who visit casinos do not spend solely on gambling. for Rs 10,000. Once inside, this amount can be spent partly on food, facilities for children, etc. The question that arises is whether a person should be taxed on Rs 10,000 or Rs 8,000 if he has only spent Rs 8,000 to gamble.

Once Goa raised the issue of casinos, there were calls for reconsideration of taxes on horse racing and online gambling as well.

WHAT DOES THE GoM RECOMMEND?

The GoM on the Three Activities headed by Chief Minister of Meghalaya, Conrad Sangma, had previously recommended that in the case of racetracks, GST be levied on the total value of bets aggregated in totalizers and placed with bookmakers. For online games, it has been proposed that they be taxed at the full value of the consideration, including the competition entry fee paid by the player for his participation in the game, without making a distinction between games of skill and games of chance.

For casinos, the report recommended that GST be charged on the full face value of chips or coins purchased from the casino by a player. It stipulated that in the case of casinos, once GST was charged on the purchase of chips or coins (at their face value), no further GST should apply to the value of bets placed on each round of play. auctions, including those played with winnings from previous rounds. The entry fee charged by operators in the case of casinos, including the price of one or more other supplies such as food, drink, etc., was offered at 28 percent.

The GoM had not recommended any distinction based on gambling or gambling for the collection of GST.

Despite the adjournment, the All India Gaming Federation, E-Gaming Federation and Federation of Indian Fantasy Sports continued to lobby, claiming that the proposed GST scheme, if implemented, would be “catastrophic for the online gaming industry.

Stakeholders claim that online gambling is a booming sector with the potential to become a $5 billion industry by 2025. They pointed out that the GoM’s proposal to levy taxes on all fees contest entries, which are essentially redistributed to players, is as absurd as requiring a stockbroker to pay GST on the total value of shares traded rather than the brokerage he charges.