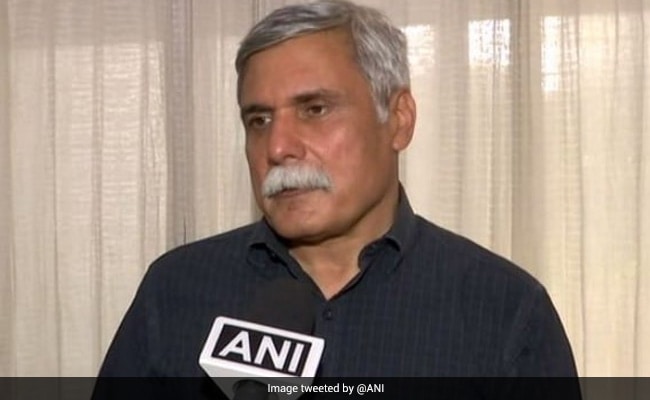 Sanjay Pandey was arrested earlier this month in the wiretapping case. (Case)

Former Mumbai Police Commissioner Sanjay Pandey has asked a Delhi court to seek bail in a case of alleged wiretapping of NSE employees, saying the Enforcement Branch proceedings laws (ED) against him was the result of a political fallout.

The motion is scheduled to be heard on August 2 before Special Judge Sunena Sharma.

In his motion, Mr Pandey said he had investigated and prosecuted several high-profile and politically sensitive cases, and claimed that these proceedings were “a political fallout from the honest and sincere exercise of his duties as a senior officer. from police”.

The application also indicated that a huge delay had been caused in the registration of the FIR, which raised serious doubts about the good faith of the investigation.

“It appears that the petitioner (Sanjay Pandey) is being arraigned in this case, through no fault of his own, and solely to fulfill a political vendetta,” he said.

The court issued an opinion to the ED on the request and requested its response on August 2.

Mr. Pandey was arrested by the investigative agency on July 19 in the case.

The ED arrested former NSE MD Chitra Ramakrishnan on July 14 after questioning her after getting permission from the court, where she was released from jail on an order issued by the judge earlier.

The judge had issued a production warrant against Ms Ramakrishnan on a plea offered by the ED. After she was produced, the ED obtained permission from the court to question her.

The agency later arrested Ms. Ramakrishnan for non-cooperation and brought her back to court and demanded a nine-day detention interrogation.

The court had, however, granted four days of police custody.

Ms Ramakrishnan was arrested by the CBI in a separate case and was in police custody.

(Except for the title, this story has not been edited by NDTV staff and is published from a syndicated feed.)