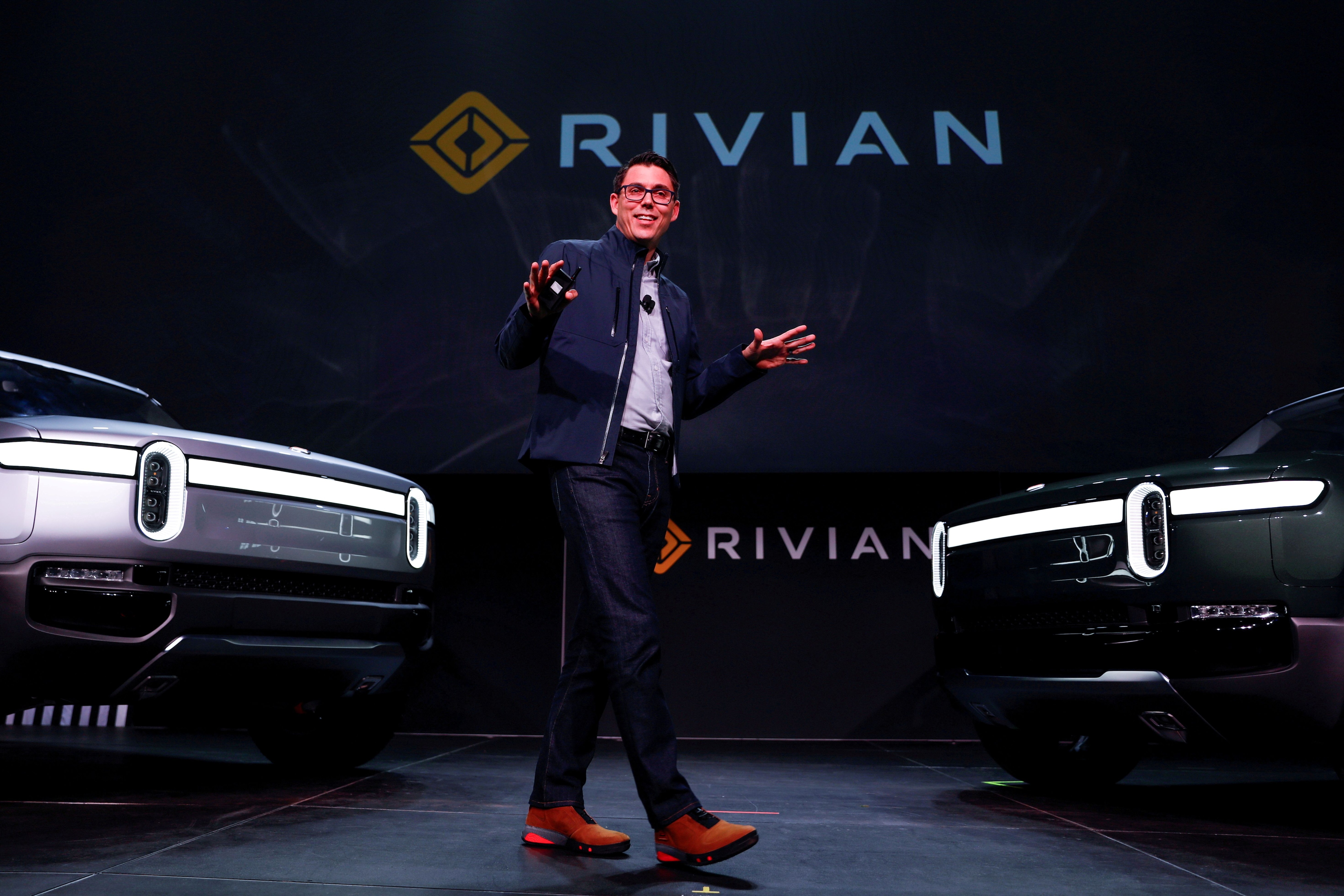 Electric vehicle maker Rivian’s IPO could raise up to $ 11.9 billion

Electric vehicle maker Rivian Automotive valued shares in its initial public offering at $ 78 apiece to raise about $ 11.9 billion, the largest sale of shares for the first time this year.

Backed by deep-pocketed companies like Amazon and Ford Motor, Rivian is hitting public markets as he seeks to breach the Tesla-led electric vehicle market.

Rivian sold 153 million shares in the offering, according to a statement confirming an earlier Bloomberg News report. The $ 11.9 billion haul is the sixth largest on a U.S. stock exchange, according to data compiled by Bloomberg.

The IPO comes as Rivian delivered its first vehicles, mostly to its own employees, a few months ago. It will only produce about 1,200 units by the end of the year at its Normal, Illinois plant.

The company, which lost about $ 1 billion in the first half of the year, estimates that annual production will reach 150,000 vehicles at its main plant by the end of 2023.

Based on the number of shares, Rivian is valued at approximately $ 76.4 billion on a fully diluted basis which takes stock options into account. That compares to a valuation of $ 27.6 billion after a $ 2.65 billion fundraiser in January, Bloomberg News previously reported.

Rivian had previously marketed 135 million shares for between $ 72 and $ 74 after raising that range from $ 57 to $ 62, according to documents filed with the U.S. Securities and Exchange Commission.

Despite being a newcomer to the public market, California-based Rivian’s entry into the world of consumer electric vehicles lasted more than a decade.

Founder and CEO RJ Scaringe set up the first iteration of what would become Rivian in 2009 in his home state of Florida.

Over the years, it has attracted a wide range of funders. Up to $ 5 billion of IPO shares are expected to be bought by investors including Amazon, T Rowe Price, Coatue Management, Franklin Templeton, Capital Research Global Investors, D1 Capital, Third Point Investors, Blackstone, Dragoneer Investment Group and Soros Funds.

Rivian recorded a net loss of $ 994 million in the first six months of 2021, down from a deficit of $ 377 million a year earlier, according to his documents.

The company expected to record a quarterly net loss of up to $ 1.28 billion from costs associated with starting production of the R1T pickup truck.

The company plans to award up to 7% of its shares to eligible U.S. customers who have received orders by September 30.

To attract retail investors, up to 0.4% of the IPO shares will be allocated to SoFi Securities’ online brokerage platform.

Mr Scaringe is expected to retain disproportionate influence over Rivian with a share class giving him 10 votes per share, against one vote each for the shares sold during the IPO.

The offering is led by Morgan Stanley, Goldman Sachs and JP Morgan Chase, with more than 20 banks listed on the cover page of its prospectus.

Rivian shares are expected to begin trading Wednesday on the Nasdaq Global Select Market under the ticker symbol RIVN.