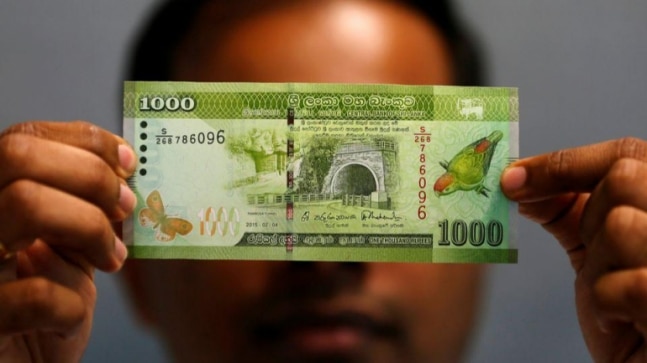 Trading on the Sri Lankan stock exchange was halted after the stock market collapsed amid an economic crisis in the country.

The economic crisis in Sri Lanka is worsening. (Representative photo by Reuters)

Authorities halted trading on the Sri Lankan stock exchange on Monday after the stock market fell 5.9%, according to an AFP report.

It comes even as Sri Lankan President Gotabaya Rajapaksa is set to appoint a new cabinet on Monday as security forces brace for possible violence with further protests expected over worsening food shortages, fuel and medicine, according to the AFP report.

The Sri Lankan prime minister’s son resigned from the cabinet on Monday and several other members offered to do so, a minister said, just days after President Gotabaya Rajapaksa declared a state of emergency following protests against an economic crisis, according to a Reuters report. .

The indebted country is struggling to pay for imports of fuel and other essentials due to a severe shortage of foreign currency, leading to hours-long power cuts and widespread protests that have continued despite a curfew the weekend.

Traffic resumed on the streets of the country’s main city, Colombo, on Monday, but sporadic and peaceful protests were reported across the country.

Minister of Youth and Sports Namal Rajapaksa, nephew of Gotabaya and son of Prime Minister Mahinda Rajapaksa, said on Twitter on Monday that he had informed the secretary to the president of his resignation with immediate effect.

The island nation of 22 million is also struggling with runaway inflation after the government sharply devalued its currency last month ahead of talks with the International Monetary Fund for a loan scheme.

The country’s expenditure has exceeded its income under successive governments while its production of tradable goods and services has been insufficient. The twin deficits have been severely exposed by the COVID-19 pandemic which has crippled its economic mainstay, the tourism industry.