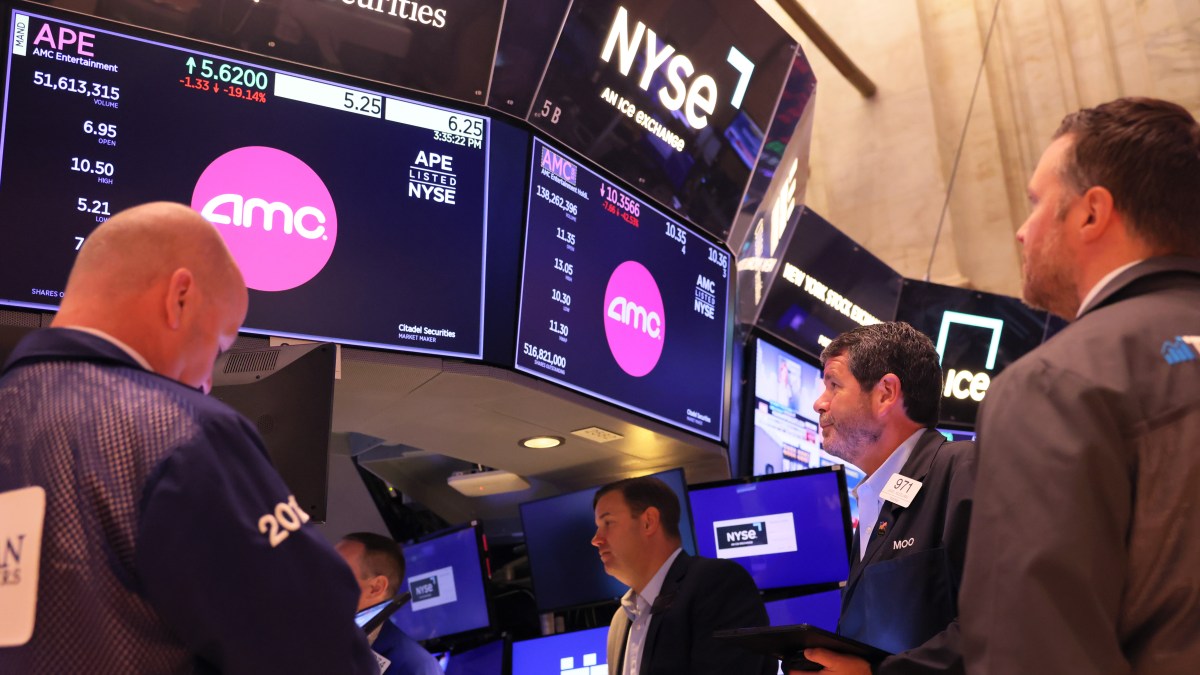 AMC appeals to stock market investors for its financial future

A new ticker graced the New York Stock Exchange this week as AMC launched a new preferred stock under the symbol “APE”, a nod to the same stock traders who saved cinema from the brink of death. . Theater chain CEO Adam Aron described the move as “the biggest action we’ll take in 2022 to fundamentally strengthen AMC for the long term.”

To start, AMC is offering 517 million APE for free to its current investors: one APE unit for each AMC share held. But the company could sell more APE in the future and potentially raise billions of dollars.

“If it can help them eliminate the risk of bankruptcy…I think that’s a good thing,” said Eric Wold, principal analyst at B. Riley Securities.

How and why did AMC create APE?

By creating APE preferred stock, AMC was able to execute something similar to a stock split, which typically benefits a company by making the stock more affordable and therefore more attractive to investors.

Preferred shares generally have limited powers, but this is not the case with APEs, which have economic and voting rights equal to those granted to owners of AMC common stock. So, even though they are different types of investments, they will not be functionally different for the investor.

“The mechanics are a bit technical, but the point is pretty simple, it’s AMC wants to raise more money. And the way to do that is to sell stock,” said Lee Reiners, director of policy at the Duke Financial Economics Center.

“[AMC] the stock is clearly overvalued by all traditional measures, so it makes sense to issue more shares to shore up your balance sheet…and because it’s become so attractive to meme investors, that’s what makes it all possible .

Not only could the extra cash allow AMC to pay off debt or avoid bankruptcy, but the company could also use it to diversify beyond the theater business. In 2021, AMC announced the launch of its own brand of retail popcorn, which will be sold in grocery stores, but it also made less obvious plays like buying a majority stake in a gold mining company in difficulty.

If the company continues to pursue acquisitions disconnected from its core business, Andy Wu, an assistant professor at Harvard Business School, said AMC “would essentially become an asset manager, using the love that people have for AMC to fund its new leadership.

More than companies like GameStop or Bed Bath and Beyond, CEO Adam Aron has fully embraced AMC’s “meme stock” status.

He regularly dialogues with the “AMC Apes” on social networks and at public events. On previous quarterly calls, Aron has recited quotes from the movie “Gorillas in the Mist” and announced donations to conservation funds for endangered gorillas. And he regularly answers questions submitted by shareholders during earnings calls.

“It … probably degrades the quality of the [earnings] calls but optimizes them for the entertainment factor,” Wu said.

“While Wall Street analysts are fussy about high numbers, retail investors are mostly interested in the size of the popcorn and whether it can be shaped like Thor’s hammer, i.e. the product .”

Aron has also set out to create atypical perks for investors, like original NFTs, exclusive movie screenings and free concessions, recognizing that AMC’s retail investors, who own 80% of the company, are also likely to benefit. to be AMC customers.

“We normally think of a company’s stakeholders as separate groups: shareholders, employees, customers, partners,” Wu said. “For AMC and even companies like Apple and Tesla, different stakeholder groups no longer make one thing: many customers of the product are also investors in the company.”

“For these client-investors, their assessment of the stock is not necessarily derived from the earnings report numbers, but from their own experience and feelings about the product.”

Before retail investors started flocking into the action, AMC’s stock price was hovering just above $2. While the stock price is a long way from its 2021 high of $62, it is still well above true value.

“[AMC] gives even stock investors a new thing to play with,” Reiners said. “[It’s] a new action to play on. And that’s what’s really going on with these meme stocks. It’s just a bet. »

“You can’t be a meme stock forever. The monkeys will move on. They are a fickle bunch.

But Wu said it’s theoretically possible for a meme stock’s value to become “real” later on. “If the management team raises funds at their maximum valuation to fund a growth strategy that eventually works, the current high stock price would not be just a transitory illusion,” Wu said.

“Instead, the irrationally high price could drive its own self-fulfilling prophecy.”

Although it is a possibility, Wu also noted, the probability is not high.

There’s a lot going on in the world. Through it all, Marketplace is there for you.

You rely on Marketplace to break down world events and tell you how it affects you in a factual and accessible way. We count on your financial support to continue to make this possible.

Your donation today fuels the independent journalism you rely on. For just $5/month, you can help maintain Marketplace so we can keep reporting on the things that matter to you.

Debt consolidation in times of uncertainty

This stock multibagger’s board recommends free shares at a ratio of 3:2, details inside