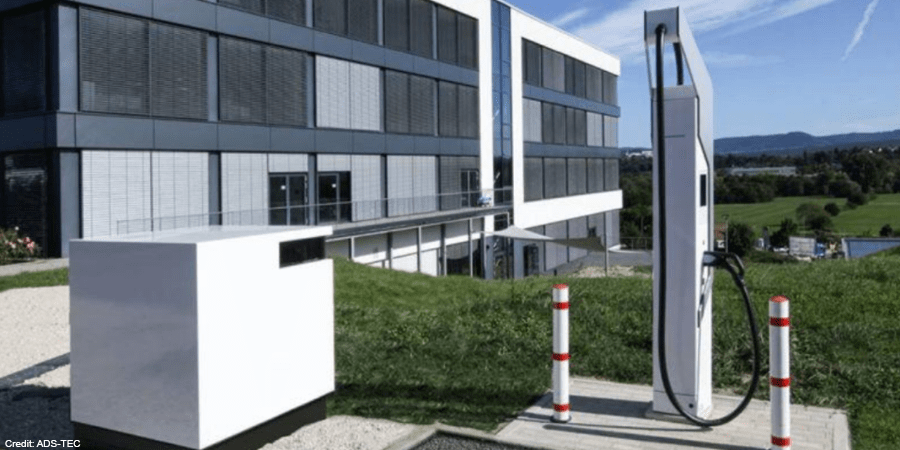 ADS-TEC Energy, a provider of battery-backed fast charging technology, has announced its initial public offering in the United States. To this end, the company from NÃ¼rtingen near Stuttgart will merge with the company SPAC European Sustainable Growth Acquisition Corp (EUSG), which is already listed there.

Following the closing of the transaction – expected in the fourth quarter of 2021 – the joint venture will continue to carry the name ADS-TEC Energy. In an accompanying announcement, ADS-TEC estimates the pro forma market capitalization of the future public company at approximately US $ 580 million. The IPO will also be accompanied by a capital increase in the form of PIPE (â€œPrivate Investment in Public Equityâ€), during which investors such as APG, Invesco, Polar Structure and Swedbank Robur will inject $ 156 million. Americans.

ADS-TEC Energy is currently 61% owned by ADS-TEC Holding GmbH (â€œADSHâ€) and since 2018 39% by Bosch. These two shareholders also hold a “substantial stake in PIPE”, according to the press release. ADS-TEC Energy’s current management team will continue to lead the business after the transaction.

The usual closing conditions must still be met to complete the entire transaction. EUSG shareholder approval is also still pending. However, the fact that ADS-TEC has already forecast the proceeds of the IPO shows that the deal is likely in the bag. For example, a substantial portion will be used to “accelerate the expansion of ADS-TEC Energy’s storage solutions, charging and energy management platforms in the United States and Europe and further development and improvement of the company’s existing technological platforms â€. To facilitate this expansion, ADS-TEC Energy also intends to expand its operations in the United States.

â€œOur vision is to provide platforms with long-term services that will accelerate the smart transition to a fully electric world, and we are delighted to partner with the EUSG to help us achieve this,â€ said the CEO Thomas Speidel. â€œWith funding and expertise from the EUSG, combined with our existing investor base and strong client network, we believe we can expand our technology into the EU and US markets, offering speeds and load capacities that would not otherwise be possible on existing networks. We will also ensure that electric vehicle charging is accessible to all, in line with the sentiment expressed in the United Nations Sustainable Development Goals. “

Based on lithium-ion technologies, ADS-TEC has been developing and producing battery storage solutions for years, including their energy management systems up to the multi-megawatt range. In the area of â€‹â€‹storage-based fast charging systems, the company is one of the largest suppliers in Germany. The medium-sized family business is headquartered in NÃ¼rtingen near Stuttgart and two production sites near Dresden. The company stresses that all components except the cells are made in-house.

Here is the next stock that I will buy